A Message from Dr. Doshi

“I first experience orthodontics as a teen patient, and I have been excited about the field ever since. I find it exciting to meet so many new people every day and work with them to improve their overall health and happiness. Improving peoples’ lives is why I practice orthodontics, and the lasting relationships I have formed with those I have treated are a priceless reward for which I am incredibly grateful. My patients are like a large extended family, and I am committed to taking the best possible care of them.” 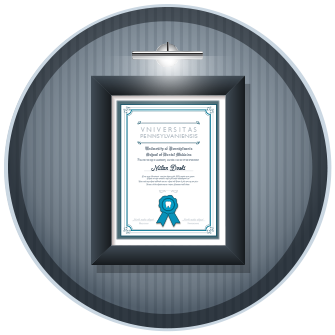 Dr. Doshi was born and raised in upstate New York and attended college at Rensselaer Polytechnic Institute where he graduated summa cum laude with a Bachelor of Science degree in Biology. He was awarded the prestigious Dean’s List scholarship to attend the ivy league University of Pennsylvania, School of Dental Medicine. While earning his Doctorate in Dental Medicine, Dr. Doshi received numerous awards and accolades including induction into the Matthew Cryer Honor Society and the Omicron Kappa Upsilon Honor Society. Dr. Doshi next completed his residency in Orthodontics and Dentofacial Orthopedics at Tufts University where he served as Class President and was awarded the Dr. Edward G. Austin Scholarship. During his residency, he focused his research on using 3-D CT scans to evaluate the effects of maxillary palatal expansion.

Outside of the office, Dr. Doshi enjoys spending time with his wife and two children. He enjoys exploring new restaurants, traveling, and is an avid sports fan (though you may have to ask him which teams he supports!)